Blockchain: 2017’s Superstar on the Rise 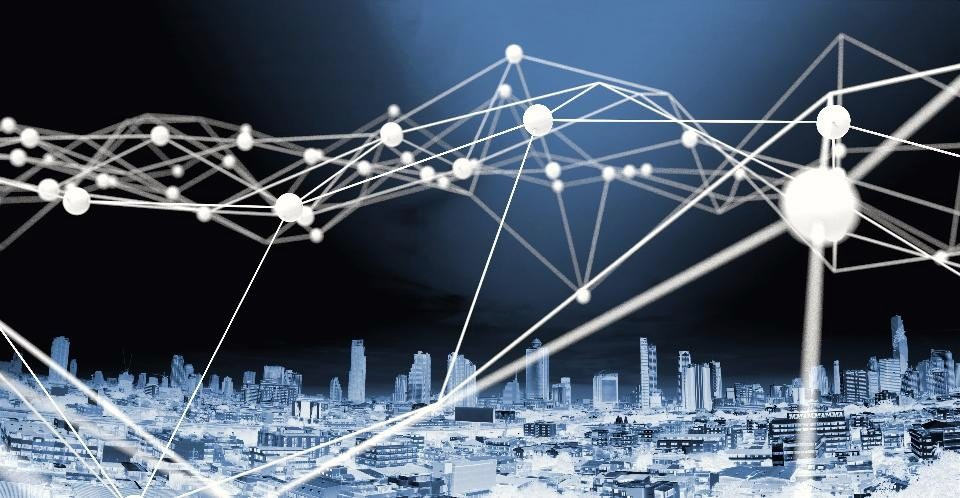 As more people adopt Internet of Things (IoT) devices in daily life, IoT security stands out as a top priority for consumers and vendors. Blockchain technology, the force behind Bitcoin, may provide the simplest and most effective solution for IoT devices.

What Is Blockchain Technology?

Blockchain technology alters traditional data distribution and storage practices. Instead of relying on a centralized record, blockchains create connected blocks of cryptographically validated data that single users cannot corrupt or alter. The automatically updated log exists in a distributed environment, so anyone on the network can access it, but no one can modify it.

To understand how blockchain works, consider a document sharing analogy. Traditionally, users could access a document one at a time only. The software locked the master document for editing and could not support multiple edits at once. Now, many document-sharing programs allow multiple users to access a live version of the document at any given time. The system logs changes, but does not lock any one user out of a data set. Blockchain works in a similar way.

In the financial industry, blockchain technology is revolutionizing the way financial institutions process transactions in real time. Instead of waiting for a system to update, blockchain gives all parties (financial institutions, payment processes, and individuals) access to real-time information and fully encrypted transactions. According to data from IBM, 15 percent of banks plan to implement blockchain solutions in 2017, and roughly 65 percent may implement solutions in the next few years.

Understand the Connection Between Blockchain and the IoT

Blockchain solutions were created to protect the exchange of currency in the digital space, but the technology holds promise in an ever-increasing range of applications. In IoT devices, blockchain identities eliminate the need for third-party data handling. Every “transaction” or data record will sit in an encrypted blockchain instead of moving to the cloud, another device, or a dedicated server. The distributed nature of the setup eliminates the need for third-party processing, which would render spoofing attacks more difficult to orchestrate.

With blockchain solutions, users create a permanent, transparent, and incorruptible identity chain for all validated IoT devices. A homeowner could create a secure data chain for cybersecurity systems, smart appliances, home theater systems, mobile devices, baby monitors, and smart cars. A business could create a chain for all the sensors and actuators used in the field to prevent cyberattacks and manage IoT activities. Blockchains improve interoperability between IoT devices and eliminate or reduce the need for traditional security measures for data moving into the cloud or a dedicated server.

In the event of an attack, the permanent log generated by the blockchain provides a digital paper trail. Security professionals and blockchain users can evaluate the log to identify invalidated access attempts. If a transaction does not match historical data in the chain, an IoT device could automatically lock out a potentially malicious attacker. Until the user validates a device, protocol, or user access, blockchain-connected devices are inaccessible.

In a cyberattack, such as the distributed denial of service (DDOS) attack on a Chinese electronics manufacturer in late 2016, the technology would allow supply chain professionals to identify and locate all vulnerable components and take necessary actions. The public nature of the logs creates an unprecedented level of transparency in many digital arenas.

Read the Predictions for Blockchain Technology

Blockchain technology is still new, but its applications are growing quickly. In the financial services industry, the technology is gaining momentum as a practical and secure transaction solution. Tech industry insights suggest that:

Recognize the Potential in Blockchain Technology

The good news is that users don’t need to understand the mechanism behind blockchain security to use and benefit from it. An average smartphone user or small business owner could implement blockchain-driven solutions to protect data as it moves among IoT devices. The potential applications for blockchains are cost effective, since they rely on a distributed network and on one of the most secure data structures available today. Keep an eye on blockchain news in 2017–many more applications may arise and forever change IoT security in your industry.

4 Vertical Use Cases For Edge Computing Driven By IoT Growth