Artificial Intelligence and Automation: Predictions for the Future 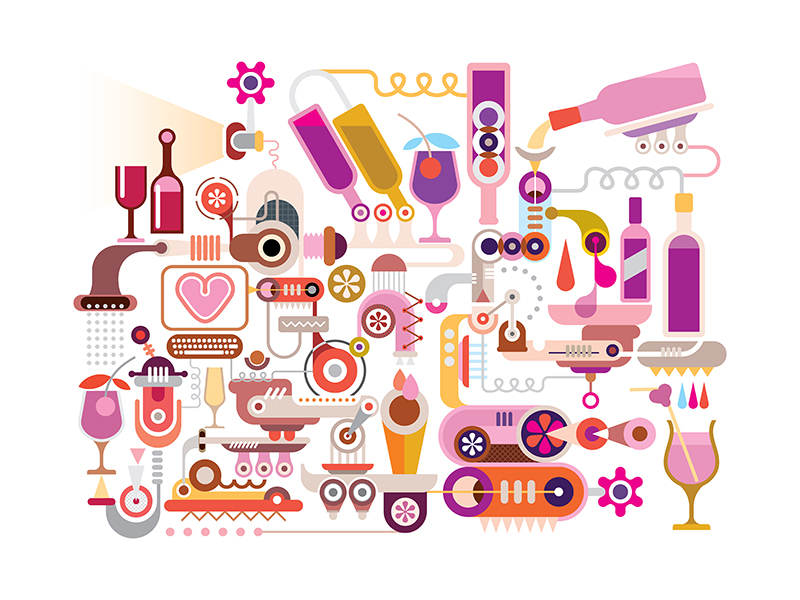 Perhaps the biggest irony about artificial intelligence (AI) is that—despite the many things AI can tell us—it can’t tell us how it will ultimately impact our lives, economy, or world. In fact, the impact of AI and automation on our job market and economy has been steadily debated—and loudly—for the last few years, with the story constantly changing. With AI advancing at such a fast clip, it’s time to get to the bottom of the AI automation issue. Where do we stand? And what outcomes are most likely to shake out in the near term?

Data has shown that AI is already changing several industries. It’s also increasing the level of fear among many workers worldwide—for good reason. Studies show almost 40 percent of U.S. jobs are at risk for automation by the early 2030s. There’s already a dedicated “human-free zone” at Port Botany in Sydney where shipping cartons are managed by AI robots, rather than people, and it’s becoming clear that the impact of AI-managed jobs extends far further than the work positions themselves. For instance, when automated vehicles threaten the roles of 1.7 million U.S. truck drivers, they won’t just be putting those drivers out of work. They will be changing the work of automobile insurance companies … road maintenance crews … highway patrol officers … loading and unloading workers. When AI goes to work, it goes viral.

Still, there is likely no need to bash AI automation for putting the entire nation out of work—yet. The following are a few solid observations about the industry, and how they could impact the new digital workforce.

Ten years ago, I couldn’t go a day without hearing someone complain about the offshoring of customer service. As American companies sought to save money by shipping their call centers overseas, American shoppers threw up their hands, frustrated with communication issues and the sell-off of quality U.S. jobs. Fast forward to 2017, and offshoring is being replaced with chat-shoring—chat bots taking over the customer service routine. In fact, if you’ve reached out to nearly any company in the past year to settle an overdue bill, clear up an inaccurate charge, or figure out a password issue, you’ve likely noticed something: it’s increasingly difficult to talk to a human. In one of perhaps the only accurately-hyped AI trends, it is estimated that more than 85 percent of customer interactions will be handled by AI by 2020.

Personally, I still wouldn’t panic, even if customer service is your industry. Along with AI, customer experience has become a hot-button issue for consumers, and a huge human element needed to accurately address and fulfill human needs will likely remain, at least in the near term.

Customer service isn’t the only industry where human interaction remains not just a norm, but a necessity. Despite AI’s ability to quickly monitor—and even master—huge amounts of data, there are still plenty of glitches with the technology’s development. The need for “humans in the loop” will grow alongside AI itself, as humans help validate AI findings, prepare data, and remain vigilant in culling out AI bloopers and mistakes. Until AI can learn from its mistakes and self-correct, a team of humans will be required to find and fix the technology.

Jobs Will be Lost—And Gained

As noted above, it’s estimated that one-third of  jobs in the US will be automated by the 2030s. That’s a hard pill to swallow, especially considering AI has been able to automate everything from driving to writing, performing surgery, diagnosing illness, and everything in between. There is no industry immune from AI’s grips. Still, also noted above, the force of AI will be enormous in coming years. As such, humans will likely also create new jobs in the near term to help manage AI and automation.

The truth is, none of us can say at this point how AI will change the economy or our lives. All we can do is try to remain as agile as possible in our current positions—similar to the way today’s businesses need to stay agile to remain competitive or in the black. While some look toward universal basic income as a way to keep humans healthy and housed in the AI storm, I’d say it’s a bit too soon to steer so far from civilization’s historic course. Humans are needed. Ethics are needed—and they always will be. And the extent of that need will not be decided by AI or automation—it will be decided by all of us.

Additional Resources on This Topic:
Universal Basic Income: Is it the Necessary Next Step?
The Future of Work: How the Workplace is Changing in 2017
The Ethical Side of Artificial Intelligence